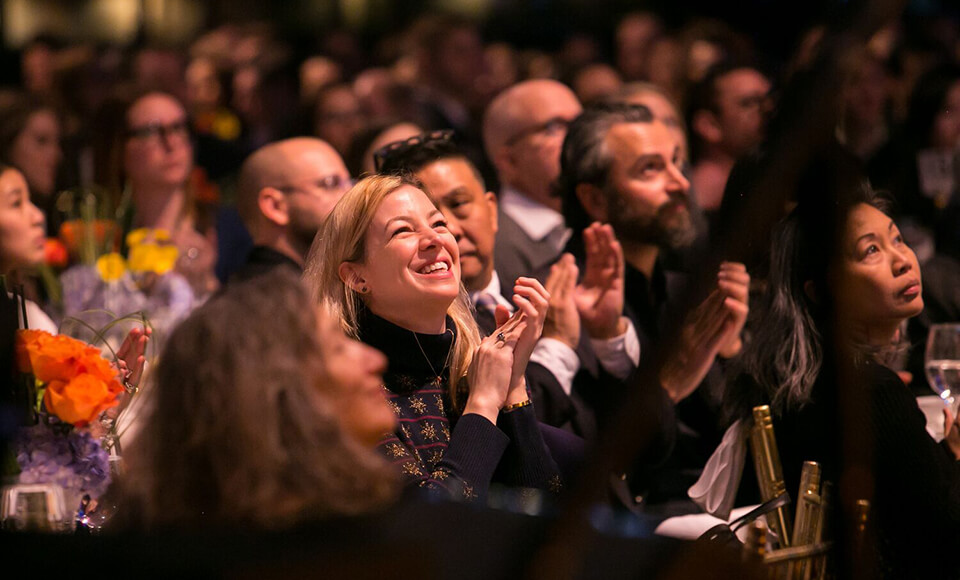 The Interiors Awards Breakfast in New York has been an industry fixture for 41 years—bringing together designers under one roof to celebrate the very best in interior design. Past winners and former Designers of the Year have described it as their “favorite event of the year” and that energy is palpable from the moment you enter the room.

As one of the industry’s few award programs that celebrates all disciplines of design, the Interiors Awards and Designer of the Year (formerly presented by Contract magazine) has been a fixture in the interior design world for more than four decades. Originally launched in 1980 when interior designer John Saladino was named Designer of the Year, the program has gone on to honor and help celebrate the careers of designers including Michael Graves (’81), Lauren Rottet (’94), David Rockwell (’98), George Yabu & Glenn Pushelberg (’02), Verda Alexander & Primo Orpilla (’11), Joey Shimoda (’12), Alessandro Munge (’18), Nina Etnier & Brad Sherman of Float Studio (’19) among dozens of others.

For the 41st year, ICFF will pick up where Contract left off—celebrating a new Designer of the Year as well as interiors projects across 11 categories—Wellness/Sustainable, Bar/Restaurant, Education, Healthcare, Hotel/Lodging, Workplace, Adaptive Reuse/Historic Renovation, Retail, Civic/Public, Residential, and Student. Former winners include the Amazon Spheres by NBBJ in 2019 (Office), the New York Stock Exchange by Rottet Studio and STUDIOS Architecture in 2020 (Historic Renovation), and the Shinola Hotel by Gachot Studios in 2020 (Hotel/Lodging).

This year, the Interiors Awards will re-launch under the management of ICFF, sister brand to Contract magazine who previously produced the awards. The breakfast will take place in spring of 2022. A date will be announced soon.

Submissions are currently open and will close on March 1, 2022. Submit your project here.