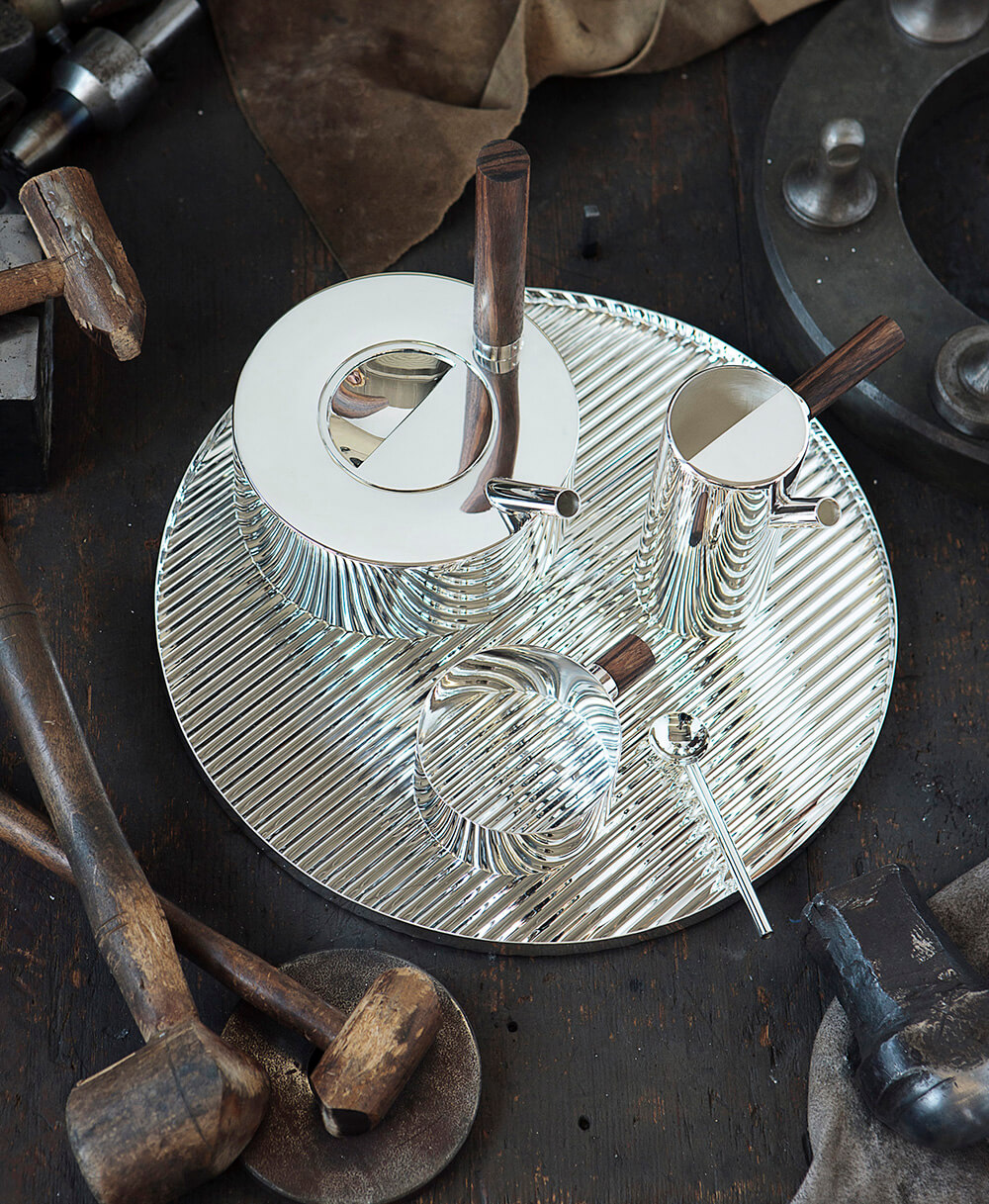 Wiener Silber: Past to Present

Wiener Silber’s story begins all the way back in 1882, when founder Alexander Sturm followed his dream of owning his own silver practice. Living in Vienna during the peak of the Viennese Ringstrasse culture, the need for the representation of the upper class was met with exquisite silverware. Then, around 1900, the city became the spiritual center of Europe, further fermenting the desire for beautiful silver. In 1932, the practice closed its doors temporarily when the Second World War took its toll, but the owners didn’t give up and found their way back in the 50s. In 2008, Greg Stradiot was inspired by the tried and tested processes of creating beautiful silver products that inspired him to relaunch Wiener Silber Manufactur in 2008. 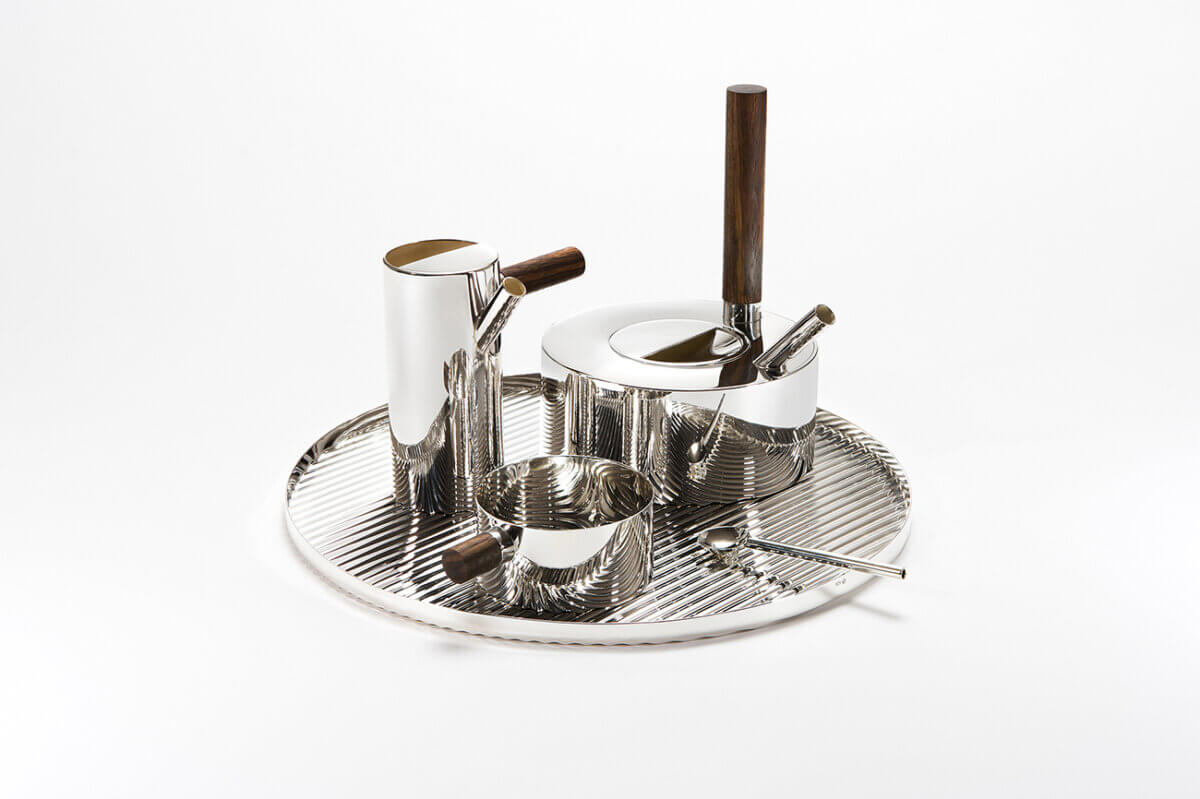 When was Wiener Silber founded? Who started the company?

The company was founded in Vienna in 1882 by Alexander Sturm, a trained gold- and silversmith. By the turn of the 21th Century, the historical Sturm company was threatened by its closure as many other traditional silversmith workshops across Europe. Driven by his passion for arts and crafts, Georg Stradiot, took over the company in 2008 and relaunched the firm under the name of Wiener Silber Manufactur. Since its historical beginning, the company positioned itself as partner of the avant-garde designers to create refined and unprecedented silver object for the Imperial family and the aristocratic society in Vienna when the city was the intellectual and artistic center of Europe. Today the company follows the vision to spread the high art of Viennese silver into the world and to inspire a cosmopolitan clientele for the haute table culture.

What is the process of working with silver like?

The silver craft requires refined skills, long experience and patience. To translate a vision of an object into reality is a process that takes several hours until days of focused dedication. It proceeds from a design on paper to the tangible object, from a flat sheet of metal to three-dimensionality. The silversmith work with the original models and tools, in combination with a new kind of material, a particularly high-quality silver alloy. Every object bears the hallmark of the most highly skilled craftsmen. 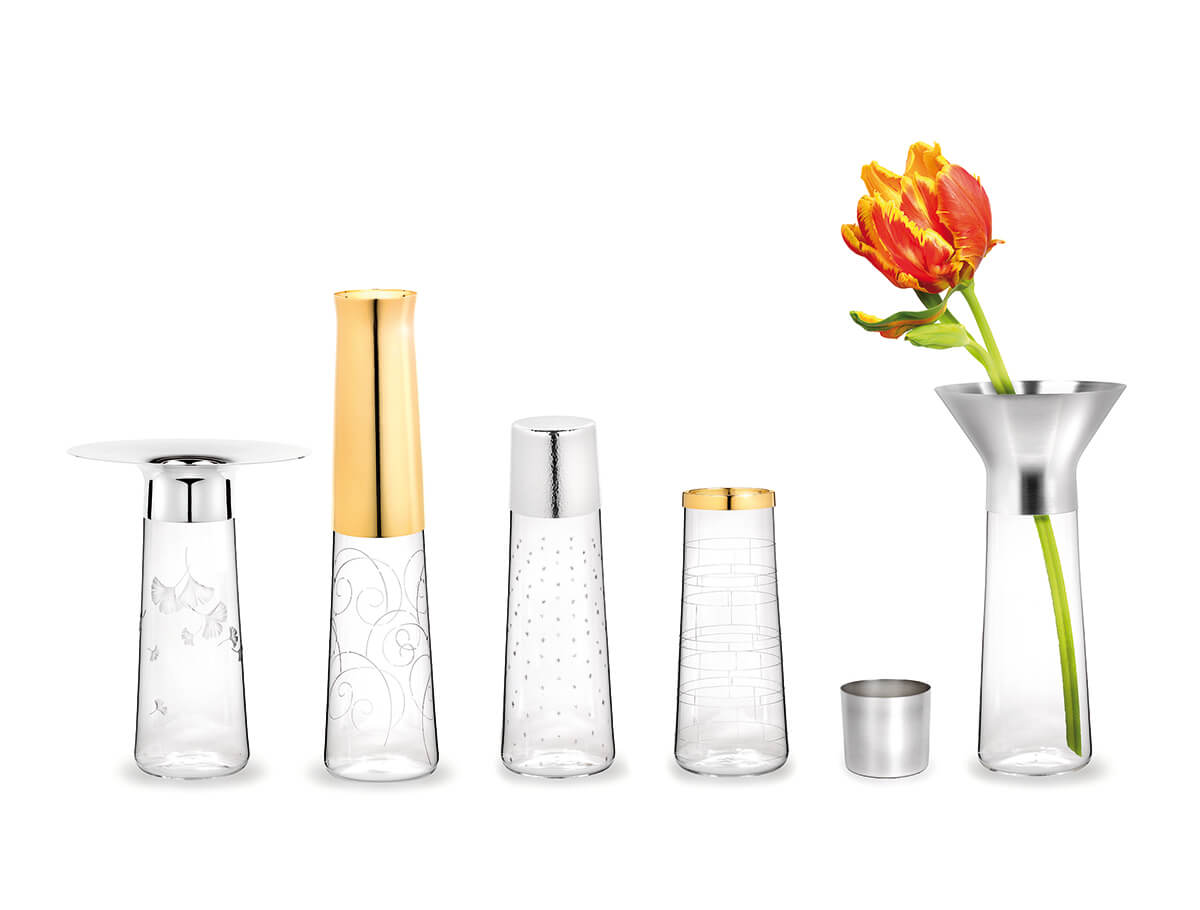 What are your most popular silver products?

The original design re-editions of the design classics by the masters of the Wiener Werkstätte such as Josef Hoffmann, Kolo Moser, Otto Prutscher, and Oswald Haerdtl are very popular as they have a high collector’s value. The most popular cutlery is the iconic set by Josef Hoffmann that marked a revolution in silver design: a departure from historicism in favor of clear lines and an uncompromising allegiance to functionality. Our contemporary bestsellers are the elegant and delicate vases, candleholders and bowls by the New York based designer Ted Muehling.

How large is the company? How many designers are there? How many manufacturers?

The company employs 15 people, including two silversmith masters, 10 silversmiths and workers in the workshop, an art director, a sales manager, and a back-office manager. The Wiener Silber Manufactur collaborated in total with two dozen of designers who created objects exclusively for the company. Amongst them are masters of the early 20th century, including Josef Hoffmann, Kolo Moser, Otto Prutscher, and Oswald Haerdtl, as well leading designers and artists of the 21st Century such as Zaha Hadid and Erwin Wurm. 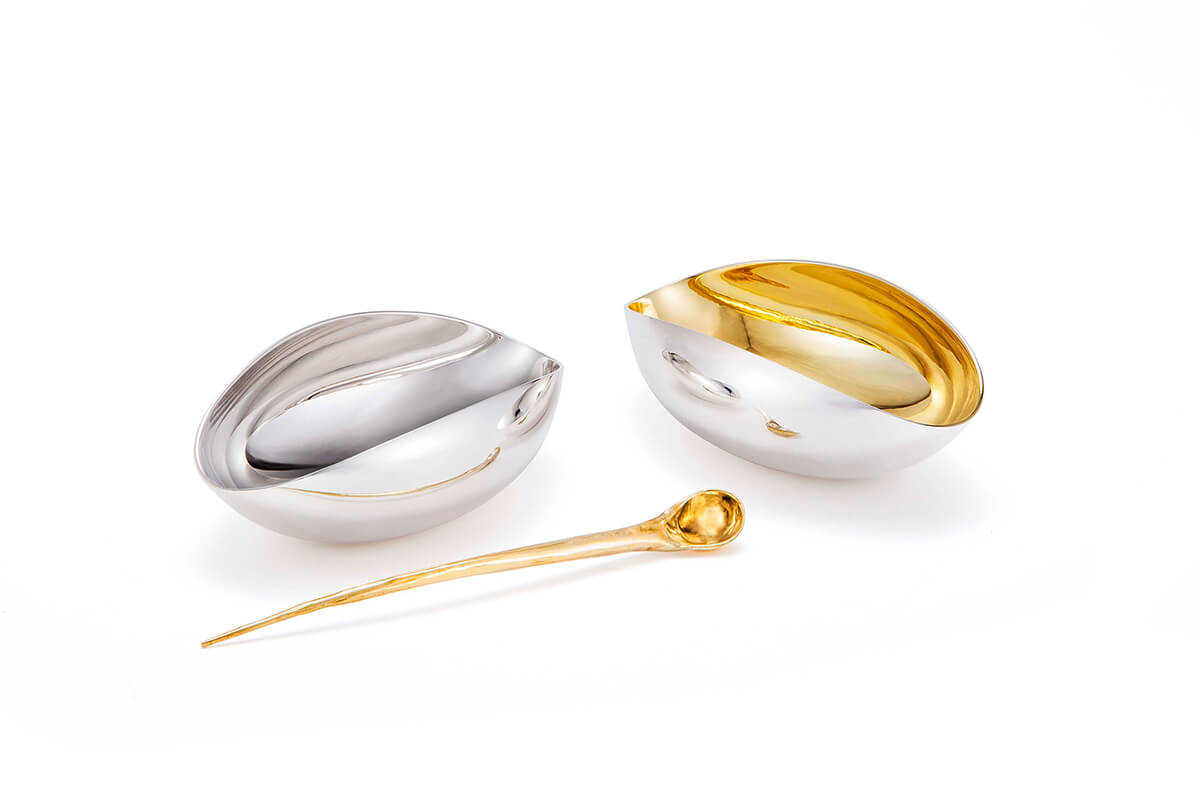 Where do you manufacture your products?

All the products are manufactured in one workshop located in close distance to Vienna.

Where do yo find inspiration for new designs?

The Wiener Silber Manufactur team has always striven to develop new and original silver products for the high table culture. On this account they make research and look out for artists and designers with whom they can share their love for craftsmanship and design in order to develop hand in hand innovative tableware. Several design co-operations came into existence through the mediation of Vienna Design Week, such as with the young international designers Tomás Alonso, BIG-GAME, or Charlotte Talbot.

Why do you think silver is such an important metal?

Silver is very stable in value, which is an asset especially in time of crisis. Furthermore, silver represents an intangible, sentimental value. In Austria, for example, it is common to give silver presents on special occasions. Our silver is a capital and an art investment.

Did the pandemic alter your view of manufacturing silver products?

Quite the contrary. We benefit from the online business through our worldwide distributors. We have also a well-functioning local repair business. 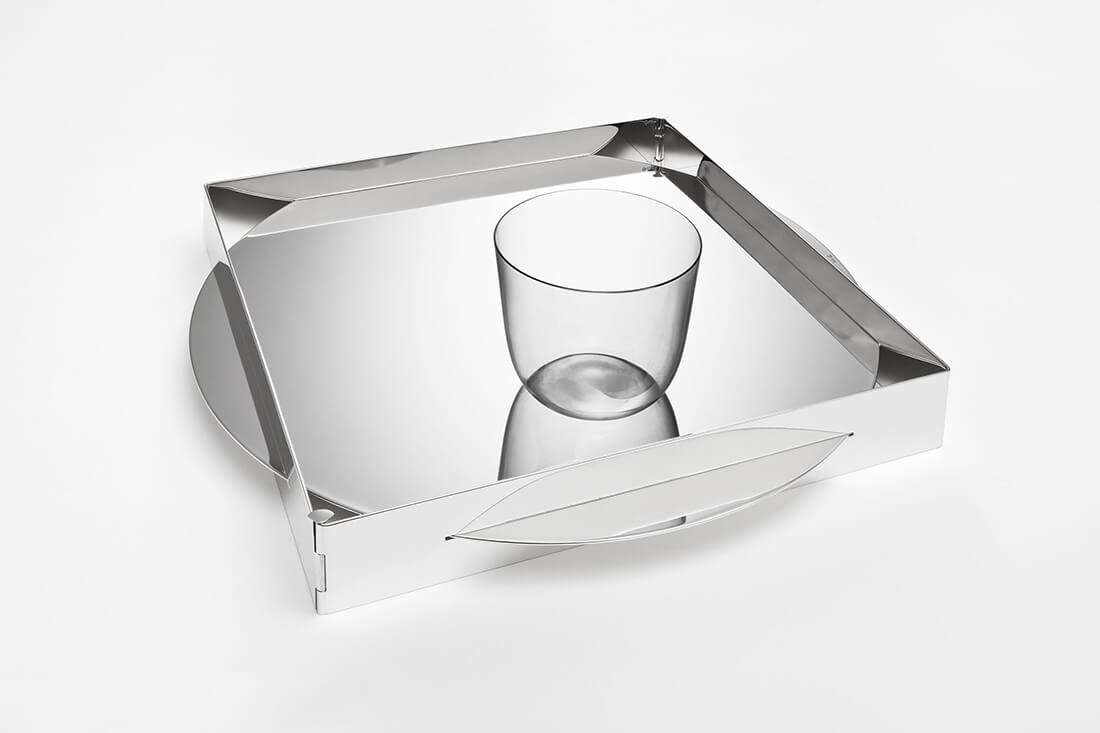 What did you plan to debut at ICFF?

The next debut will take place in 2021. We are going to present a new design edition as the result of our latest design cooperation. Until the presentation in October in Paris, we have to keep one’s mouth shot.

What are you working on now?

We are finalizing a new product edition of silver jugs with a well-known Dutch designer. That’s how much we can tell at the present moment.